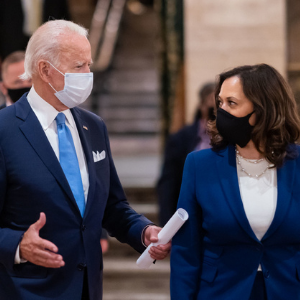 Joseph R. Biden, Jr. is the Democratic candidate for President of the United States. He was born in Scranton, Pennsylvania. Biden has a long career in public service, most notably serving as Vice President alongside President Barack Obama from 2009 to 2016. Prior to that role, Biden served six consecutive terms in the U.S. Senate from 1973 to 2009. Biden is also the recipient of the Presidential Medal of Freedom with distinction, which only three others have received. In 1972, two weeks after his election to his first term in the Senate, his wife and daughter were killed in a car accident. In 2013, Biden also lost his eldest son to brain cancer.

Joe Biden speaks frequently about tragedy and loss as a way to communicate that he understands the hardships everyday Americans face, particularly when it comes to dealing with the health care system. One of his signature accomplishments was getting the Affordable Care Act passed, which helped expand health insurance for millions of Americans and guaranteed no one could be discriminated against for having a preexisting condition. Biden believes in building on the success of the Affordable Care Act – and has advocated for adding a public option, with the goal of universal coverage for all Americans, regardless of income.

Biden also came into office as Vice President during the depths of the Great Recession. He played a key role in planning the recovery effort, which pulled the American economy back from the brink and led to more than a decade of job growth. Biden’s decades of experience on the Senate Foreign Relations Committee also informed his more recent accomplishments on the world stage, including helping the U.S. join the Paris Climate Agreement, securing the Iran Nuclear Deal, and building international alliances. 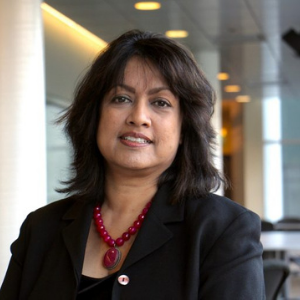 Nina Ahmad is the Democratic candidate for Pennsylvania Auditor General. Ahmad is a Bangladeshi immigrant who came to the U.S. to earn a PhD in Chemistry at the University of Pennsylvania. She married and stayed in the U.S. to raise a family and start a small business as a molecular biologist. She served with many nonprofits and advocacy groups and most recently as Deputy Mayor for Public Engagement under Mayor Kenney. If elected, she would be the first woman of color to hold the Auditor General position in Pennsylvania’s history.

Ahmad’s platform is advocating for transparency and promoting the public good. She positions herself as the chief fiscal watchdog, who will use facts and data to ensure responsible governance. She is outspoken in her support for minority communities and for the historic marches for civil rights that have captivated the nation this year. 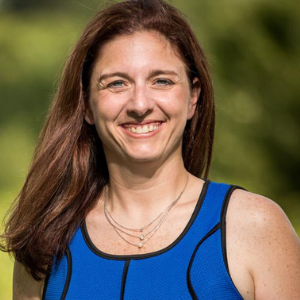 Christina Finello is the Democratic candidate for the U.S. House of Representatives in Pennsylvania’s 1st congressional district. Finello has spent her career advocating for veterans through the Philadelphia Veterans Court. She also serves as the Deputy Director of the Bucks County Department of Housing and Human Services. Finello is also on the board member of Alpha Bravo Canine, an organization that connects injured veterans with service dogs. 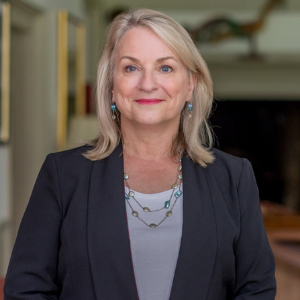 Susan Wild is the Democratic candidate for the U.S. House of Representatives in Pennsylvania’s 7th congressional district. Wild grew up in a military family that traveled often, but when she settled down to start a career and a family, she chose Lehigh Valley. She went on to become the first woman to be Solicitor General in Allentown.

Susan Wild is widely recognized as an honest leader and champion to Lehigh Valley’s working families. In Congress, she sits on the Ethics Committee, which recently helped bring down Rep. Chris Collins for insider trading and securities fraud. Locally, Wild helps lead numerous organizations, including food banks, animal rescue organizations, and programs for women and families. 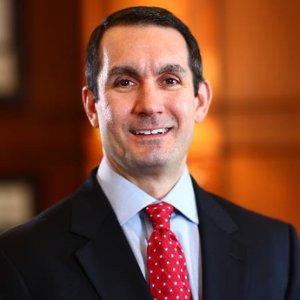 Eugene DePasquale is the Democratic candidate for the U.S. House of Representatives in Pennsylvania’s 10th congressional district. After attending law school, DePasquale worked at a nonprofit helping young people with mental and physical disabilities. He has been serving as Pennsylvania’s Auditor General since 2017, and he was the state’s first public official to post all of their expenses online.

DePasquale’s platform shows a commitment to the health and well-being of his constituents. He supports automatic enrollment in Medicaid for people who cannot afford private insurance and a public option to push down private insurance rates. He advocates for a $15 minimum wage and for tax credits that promote the use of clean energy. DePasquale’s goal is to have “a 100% clean energy economy” as quickly as possible. His plans for revitalizing the economy also include investment in infrastructure from highways and public transit to upgraded energy grids and broadband. 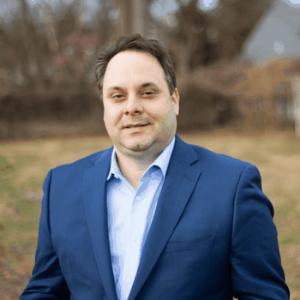 Harold “Howie” Hayes is the Democratic candidate running for the Pennsylvania State House seat in the 18th legislative district. Hayes is a plumber, small business owner, and father. A native of Frankford, Hayes has called Bucks County home for the past decade. After high school, Hayes joined the apprentice program with Plumbers Local 690 and went on to build a business employing dozens of union members. He and his wife work on behalf of local Democratic candidates. 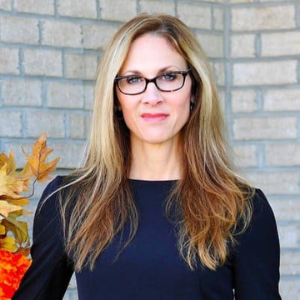 Emily Skopov is the Democratic candidate running for the Pennsylvania State House seat in the 28th legislative district. Skopov grew up in a working-class community. Her mom was a public school teacher and her dad was a small business owner. After college, she moved to the Pittsburgh area and soon started No Crayon Left Behind, a non-profit that helped distribute school supplies that were headed for landfills. 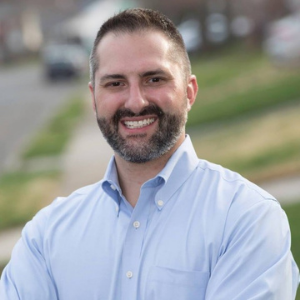 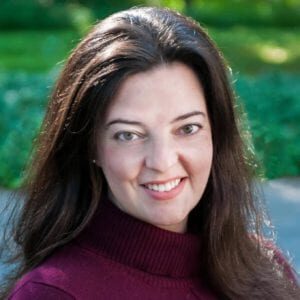 Liz Hanbidge is the Democratic candidate for the Pennsylvania State House seat in the 61st legislative district. She has held the seat since 2018 and is the first Democrat to serve this district since its formation in 1969. Her background is in child advocacy. She has worked for years with the Montgomery Child Advocacy Project and served as court appointed guardians for vulnerable children. 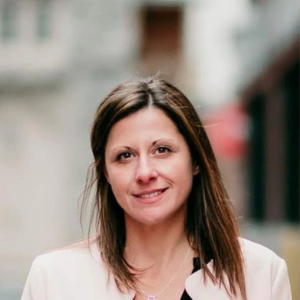 Nicole Miller is the Democratic candidate for the Pennsylvania State House seat in the 87th legislative district. In 2018, her 19-year-old son died by suicide after battling mental health challenges his entire life. Her dedication to continuing to address the challenges he faced while alive prompted her to run.

Miller’s platform is progressive. She pledges to ensure all children get access to safe, healthy and fully-funded schooling they deserve. Miller also advocates for every Pennsylvanian to have access to quality, affordable healthcare. 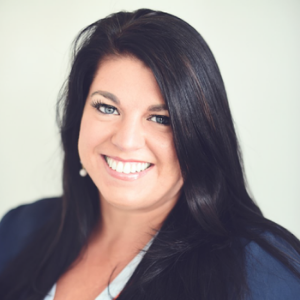 Lindsay Drew is the Democratic candidate for the Pennsylvania House of Representatives seat in the 106th legislative district. In 2016, Drew was given a Community Achievement Award from Central Penn Business Journal and named one of their “Top 25 Women of Influence.” She works in non-profit advocacy and says she was compelled to do community work after the tragic loss of her sister and becoming a mom. 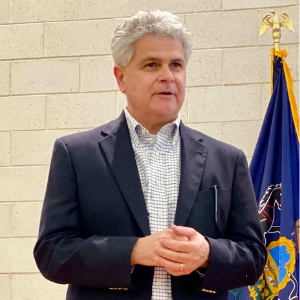 Gary Spillane is the Democratic candidate for the Pennsylvania House of Representatives seat in the 144th legislative district. Spillane owns and runs his own building products company. Spillane watched as the opioid crisis ripped communities apart and says he felt called to public service after he lost two nephews to addiction. 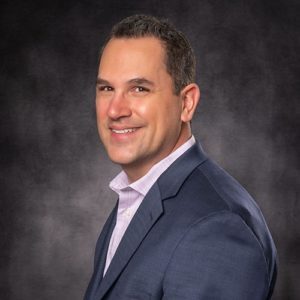 Jonathan Kassa is the Democratic candidate for the Pennsylvania House of Representatives in the 151st district. Kassa is a former senior executive director of juvenile justice, social service and education at a multi-state nonprofit. Currently, he is director on the North Penn School District Board and has spent the last decade leading national initiatives to increase campus safety. 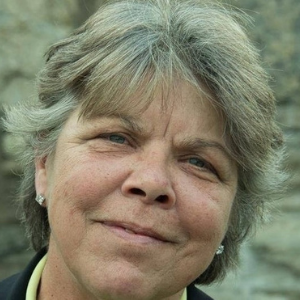 Nancy Guenst is the Democratic candidate for the Pennsylvania House of Representatives seat in the 152nd district. Guenst is the mayor of Hatboro as well as a former council member. She is also a veteran and small business owner.

Guenst’s platform is progressive. She is focused on protecting the environment and disability advocacy. In office, she also plans to fight for a sustainable school funding model that provides equitable opportunities to all children across the state. Guenst also envisions a future where all Pennsylvanians have health insurance with the expansion of Medicaid and Medicare. 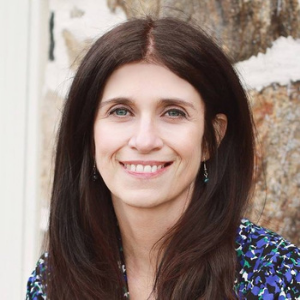 Democratic representative Kristine Howard is running for reelection to the Pennsylvania House of Representatives seat in the 167th district. Before her time in office, Howard spent her career running a non-profit law firm, advocating for child welfare and fighting child abuse. 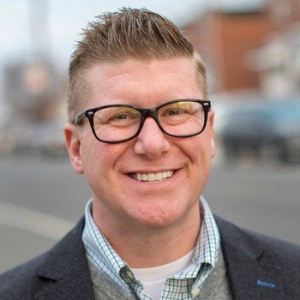 Michael Doyle, Jr. is the Democratic candidate for the Pennsylvania House of Representatives seat in the 170th legislative district. He is a self-described candidate in recovery from addiction.

Doyle’s platform is progressive. He pledges to support equitable and full funding for schools, health care as a human right, access to good paying jobs and a minimum wage of $15 per hour, combating racism in our communities and meaningful police reform. He advocates for replacing some police officers with health care workers. Doyle is running against Republican incumbent Martina White. In 2018, White voted to take away Medicaid from her neighbors who were too sick to work. Later that year, she voted to exempt oil companies from having to report oil spills. In 2019, White voted to take money out of poorer school districts in favor of wealthier ones. In the middle of a pandemic, White joined Republicans in their near unanimous vote against providing protective gear, testing, hazard pay, family leave, and preserving disaster declarations put in place to protect Pennsylvanians. 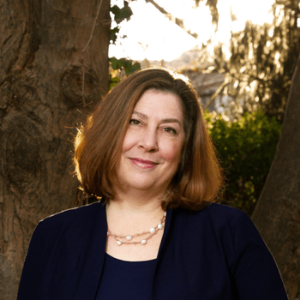 Democratic candidate Ann Marie Mitchell is running for the Pennsylvania House of Representatives seat in the 178th legislative district. Mitchell has over 25 years of experience as a business attorney and has been an active volunteer in her community since age 14.

Mitchell’s platform is progressive. Mitchell pledges to make healthcare more affordable through negotiation with insurance and pharmaceutical companies. Her environmental plans are to increase accessibility to green recreation spaces while keeping well-maintained conservation areas and wilderness. Mitchell has also pledged to fight for equal protections for the LGBTQ+ community.

Sign Up for API PA Updates
Donate to API PA