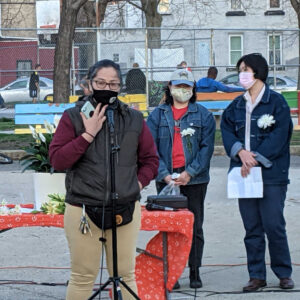 Get to know Nancy

Nancy Dung Nguyen (she/her) currently serves as one of the co-founders and co-Directors of the Asian Pacific Islander Political Alliance. In addition, she is also the Executive Director of VietLead and one of its co-founders. She has 10+ years of experience as an organizer and non-profit leader in Philadelphia and Camden. She has served on the board of Freedom, Inc. a grassroots Southeast Asian organization from 2005-2007 and on the Advisory Board of 1Love Movement, a national organization working to end deportations in the Southeast community from 2012-2014. In 2014, she was presented with the Catherine Bachrach Award, presented by the Philadelphia Coalition of Victim Advocacy, for significant contribution to the lives of victims in the City of Philadelphia. In 2015, Ms. Nguyen was presented the Women of Distinction Award by NOW (National Organization of Women), Philadelphia Chapter. In 2019, Ms. Nguyen was awarded the 2019 Trailblazer Award by Bread & Roses Community Fund. She served on the Philadelphia Mayor’s Asian American Commission and currently is a board member at the Philadelphia Area Cooperative Alliance. She continues to organize our community towards a collective vision of self-determination, free from all forms of violence. 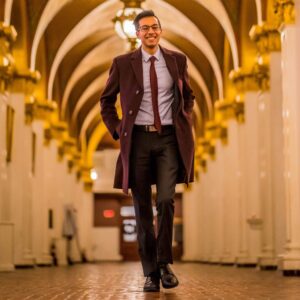 Get to know Mohan

Mohan Seshadri (they/he) is the Co-Executive Director of the Asian Pacific Islander Political Alliance. Previously, Mohan managed electoral and organizing programs for Planned Parenthood across Central and Eastern Pennsylvania. Additionally, they serve as a board member of Planned Parenthood Pennsylvania Advocates and PAC. From 2019-2020, they served as the Executive Director of the Governor’s Commission on Asian Pacific American Affairs. He co-founded multiple community and campus organizing programs across Pennsylvania including the Philadelphia chapter of the Asian Pacific American Labor Alliance, the Lehigh Valley chapter of DSA, and the AAPI PA Power Caucus. In 2018, they were honored to receive Ressurected Life Community Church’s Urban Angel Award. In 2021, they were featured on the National Association of Asian Pacifics in Politics & Public Affairs 40 under 40 list. 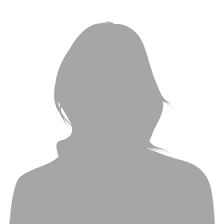 Get to know Kim 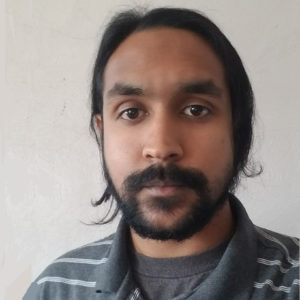 Rabib Hasan (he/him) is a graduate of the University of Mary Washington where he majored in sociology. Rabib took a great interest in social and grassroots movements and wanted to use his education and skills to organize. Shortly after college, he became a community organizer in Fredericksburg, Virginia where he worked on issues that impacted the daily lives of community members, such as the school to prison pipeline, affordable housing, health care, immigrant rights, and many more issues. He wants to continue to use his experience and knowledge to help Asian pacific islander people in Pennsylvania acquire the skills necessary to hold politicians and legislators accountable to the needs of their community. 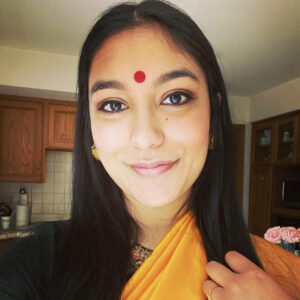 Get to know Malini

Malini Ray (she/her) is the South Asian Field Organizer at API PA! She was born and raised in Allentown, PA after her parents immigrated to the U.S. from Kolkata, India. She graduated with her B.A. in International Relations and Political Science from Lehigh University. A passionate activist for issues like racial equality and accessible, high-quality education, Malini hopes to use her work at API PA to build South Asian political power and representation for her community. 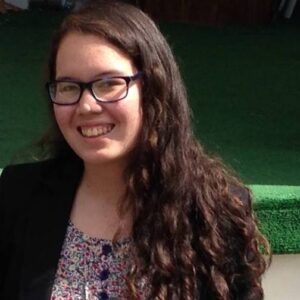 Get to know Katrina

Katrina Eames (they/she)  is the digital organizer for API PA. They moved to Pittsburgh, PA as a child and immediately fell in love with the city and the state. After graduating from Point Park University, Katrina worked as an organizer for Senator Kirsten Gillibrand’s & Secretary Julián Castro’s presidential campaigns in order to advance gender equality, LGBTQ+ rights, and racial justice. After working on campaigns, Katrina moved back to Pennsylvania to use their expertise to build power with their community.

Sign Up for API PA Updates
Donate to API PA